The research team was composed of seven people. Marco Antonsich was the director of the research and he coordinated all the data collection for the three objectives and the additional section “Abbiamo fatto l’Italia…”. Roberta Petrillo collected governmental and parliamentary data, administering individual interviews with the civic officers and, together with Marco, some of the interviews with the politicians.

Lorenzo Mari and Silvia Camilotti worked on the literature section of Objective 2. In particular, Lorenzo interviewed almost all the writers. Always for Objective 2, Sonia Pozzi collected materials related to 2G associations and Valeria Pecorelli materials related to music and videos – they both interviewed many ‘new Italians’, together with Stefano Pasta. Data for Objective 3 and “Abbiamo fatto l’Italia…” were also collected by Sonia, Valeria, and Stefano. 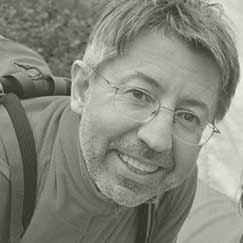 I am a Senior Lecturer in Human Geography at Loughborough University (United Kingdom). My work lies at the intersection between territory, power, and identity. Funded by various institutions (U.S. National Science Foundation; NATO and Italian National Research Council; CIMO-Finland; and the European Commission), my work has appeared in leading academic journals: Progress in Human Geography, Political Geography, Annals of the Association of American Geographers, and European Journal of Social Theory, among others. I hold a PhD in Political Geography from the University of Trieste (Italy) and a PhD in Geography from the University of Colorado at Boulder (USA).

Silvia Camilotti (PhD) has recently completed a post-doctoral fellowship at Bologna University. Her research focuses on Italian migration literature. She taught contemporary Italian literature at the same university after which she was research fellow at Ca’ Foscari University in Venice, where she continues collaborating with the Archive on Migrant Women Writers. She was a lecturer at IULM (Milan University). She also spent research periods at Brown University (USA) during her PhD and she was a visiting scholar at Zurich University (2013) and at Oslo University (2015). She presently collaborates  with Il Gioco degli Specchi (Trento association). Among her publications: Cartoline d’Africa. Le colonie italiane nelle rappresentazioni letterari (2014) and Ripensare la letteratura e l’identità: la narrativa italiana di Gabriella Ghermandi e Jarmila Očkayová (2012). She co-edited in 2015 Leggere la lontananza Immagini dell’altro nella letteratura di viaggio della contemporaneità. 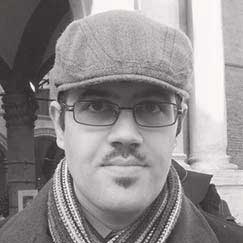 Lorenzo Mari holds a PhD in Modern, Comparative and Postcolonial Literature from the University of Bologna and a post-doc fellowship “Fernand Braudel IFER-Incoming” at the LabEx TransferS (CNRS/Sorbonne Nouvelle). He currently works on postcolonial African literature in English and Italian. He coedited the volume Subalternità italiane. Percorsi di ricerca tra letteratura e storia (“Italian Subalternities”, Aracne 2014) together with Gabriele Proglio and Valeria Deplano.

Graduated in Contemporary History, he holds a PhD in Pedagogy from the Catholic University of Milan (“Prejudice 2.0. Forms of intolerance in contemporary youth culture. Theoretical models and educational practices”). He collaborates with the Centro di Ricerca sulle Relazioni Interculturali e il Centro di Ricerca sull’Educazione ai Media dell’Informazione e alla Tecnologia (CREMIT) of the Catholic University. He is active in academia, associations and working groups of public institutions in order to fight ethnic and religious discrimination (antisemitism, Islamophobia, anti-rom, xenophobia), the discrimination of Rom people living in Italy, to support intercultural citizenship, second generations, migratory flows and the education to the Shoah. He is a professional journalist, writing for Famiglia Cristiana, la Repubblica.it, Corriere della Sera.it, Avvenire, Il Fatto quotidiano; in 2011 he was awarded the “EU journalism Award – Together against discrimination!”, issued by the European Commission. 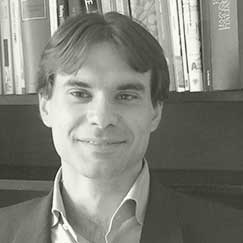 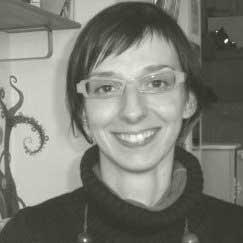 Valeria Pecorelli was awarded a Ph.D. in Geography at Loughborough University, UK, in 2012. She is currently collaborating as research assistant for a project based at Loughborough University, UK. She has also worked as research fellow for the University of Milano-Bicocca, where she has also lectured on political, cultural and development geography. She has investigated resistance practices in Italy, Germany, France, Greece, Spain and UK and worked with and for social movements in Milan. Her research and teaching interests focus on developing critical theoretical and methodological approaches to political and cultural geography. She has published a number of articles on international journals and a book titled Constructive resistance in Europe: Autonomy practices and solidarity trade (Unicopli) in 2014.

Post-Doctoral Researcher at the University Sapienza of Rome, her research focuses on national and EU migration and integration policy, geopolitics of forced and irregular migratory flows and Western Balkans Politics and Geopolitics. Graduated with mention in Political Science, and Ph.D. in Development Geography, Roberta has ten years of progressive professional experience in academic research and policy-oriented analysis including service for International Organizations, NGOs, Think Tanks, Universities and Governmental Institutions. She has also lectured on Geopolitics, Democratization Processes, Analysis of Migratory Flows and Geopolitics of the Western Balkans Region. Thanks to different grants, she has visited the Hague Institute for Global Justice and the University of Ljubljana, Slovenia. 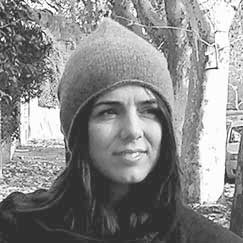 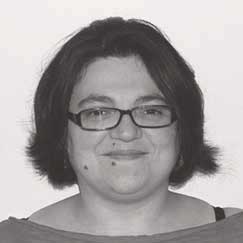 Sonia Pozzi holds a Master degree in Political Sciences from the University of Milan and a PhD in Sociology from the University of Bologna. She currently is adjunct professor at the Univerity of Milan and collaborates with the Department of Social and Political Sciences (University of Milan). Her research interests concern immigration, adolescence, second generations and intergenerational relations (parenting styles, religion, and language). Recently she explored issues of immigrant representation by trade unions, as well as issues of national belonging and citizenship. She also worked on policies of inclusion of Roma and Sinti populations. Among her publications: The transmission of language and religion in immigrant families: a comparison between mother and children, 2014 (with Elena Caneva), in International Review of Sociology; Cittadinanza, partecipazione, integrazione: costruzioni “dal basso”, 2015, in Mangone E., Masullo G. (eds.), L’Altro da Sé. Ri-comporre le differenze; Sindacati multietnici. I diversi volti di un cammino in divenire, 2016 (with Maurizio Ambrosini e Deborah De Luca).